This might be a very long post. Some of you might not even read it all the way. I’m still going to post it as is. A lot of people that will stumble upon my blog don’t know, I’m a survivor of a Deep venous thrombosis on my right leg and a pulmonary embolism. I also carry a mutation called G20210A and we consider it a silent killer. The reason is that it hits you unannounced and it can kill you very quickly. Some of us are very lucky and Blessed to have the opportunity and chance to survive.  Unfortunately, a lot of us do pass this on to our children like I did, and I don’t know about everyone but for me, it’s very painful. As I read Kim and Angela’s story. I had tears in my eyes and I asked her to share it with everyone on here and she gave me permission to share it. Everything written below is her own words all credits and copyrights are Kimberly Hennings 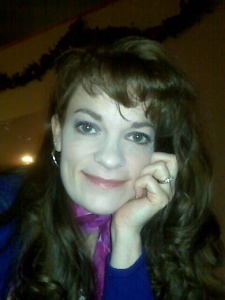 Kimberly Hennings of Colorado shares her and her sister’s story of pulmonary embolism. Kim developed multiple PEs post-surgery in November 2007. She later found out she carries prothrombin G20210A genetic thrombophilia, as do all of her family members except her mother. Tragically, her sister Angela died of PE at age 40 in July 2008. Angela had no other factors to attribute to developing a DVT in her right knee, which progressed quickly into a single PE, causing her death. Angela had not yet had thrombophilia testing since her insurance company denied coverage for the testing. When she developed breathing problems, they were attributed to severe allergies and asthma. Her diagnosis of PE was missed until it was too late.
In July 2007, I was living as most mothers of young children do. I followed the daily routine of long workdays to financially provide for my family, lost in the rush of seemingly endless soccer practices, band recitals, doctor’s appointments, and evening college courses. In the early morning hours of July 13, 2007, events occurred that set in motion an entire year of turmoil for me and my family. In the early dawn of that day, I was awakened with acute abdominal pain. I could barely manage to speak loudly enough to wake my husband, who was asleep right next to me. I was rushed to the emergency room via ambulance. After an MRI was performed, the attending emergency room physician stated I had suffered a partially impacted bowel that tore and while he expected it to heal, the MRI revealed something far more alarming. I had a rather large “mass” on my liver. I underwent a battery of further testing. Months of CT scans, more MRIs, and many blood tests. It was determined that my liver was beginning to fail. I was in constant pain which radiated over my collarbone and down my back. I was sent to the liver transplant department at University Hospital for serious surgery, and removal of the tumor as well as my gallbladder.

On November 14, 2007, I underwent liver resection surgery. The tumor was so large (about the size of a softball); they had to remove approximately 65 percent of my liver along with it. It contained a “parasitic blood supply” which meant it was stealing blood away from my liver, causing it to go into early failure. As soon as I woke up in the recovery room, I felt stabbing, debilitating pain under my right collarbone. I immediately told the nurse that something was wrong. I was having difficulty breathing, and all the pain medication in the world was not alleviating it. Throughout the rest of my stay there, the pain intensified, and my oxygen levels continued to drop. Regardless, I was discharged on 70 percent oxygen levels and sent home with an oxygen tank. We were told by the surgeon, “If she can walk, she can go home.” and that my breathing problems were probably a result of my asthma, although I had no presence of wheezing.

I will never understand how I survived the 75-mile trip home, or how I ever made it through that one night at home. I slept on the recliner, my abdomen covered in layers of staples, stitches, and bandages. I remember how little I slept, waking myself with startled gasps for air. When we called the surgeon’s office, we were merely told to increase the oxygen output, and that everything would “resolve itself”. It was my husband that took notice…a man with no medical background…but he has often said he “felt it in his gut” that something was seriously wrong with me. I even tried to argue with him that “I’m fine.

Quit worrying.” But, as usual, he would not take “No” for an answer. He wanted me to go to the ER; I bartered for the doctor’s office. When our PCP told me he was sending me to the ER on Thanksgiving Eve (less than 24 hours after my initial discharge), my husband never said “I told you so.” I started gasping for air in the car on the way across town…and he begged me to hang on. By the time we got to the ER, I collapsed, and they put me in a wheelchair. I will never forget the feeling of my (then) 3-year-old daughter grasping my hand with her tiny fingers…being so careful not to touch the IVs…and saying, “Mommy, please don’t leave me.”
The CT scan completed in the ER revealed 6 PEs had embedded into both my lungs. I was admitted immediately to critical condition. An ultrasound revealed a DVT in my left femoral vein. I remember one of the doctors called it “the mother ship”.
I remember overhearing the doctor speak to my husband outside the door of my hospital room that first night there. “I’m sorry, Mr. Hennings, you cannot stay with her tonight. Her condition is incredibly serious and I realize you want to be here with her, but if something happens, I need all the room I can manage for my staff and the equipment to save her. If anything changes, we will call you.”

I sat up for days in such excruciating pain as the PEs dug deeper into my lungs. They tried to give me morphine, but honestly, I wound up telling them to stop the morphine…because it wasn’t touching the pain I was in. My lungs would spasm and at times my breathing was reduced to tiny, shallow inhalations because breathing in much more brought the pain back again with a vengeance. I also developed a pleural effusion around one of the larger PEs in the base of my right lung. I still had residual pain up to four months afterward. I have never felt such intense pain in my entire life…and I have had an ectopic pregnancy that ruptured in 3 places…the pain from the PEs was worse than that.
Fortunately, I healed well over the next six months. I was on anticoagulation therapy and a follow-up CT scan surprisingly revealed that all the clots were gone. All that remained was scar tissue in my lungs where some of the larger clots had been.

Genetic blood tests conducted while in the hospital revealed that I am a heterozygous carrier of the prothrombin G20210A mutation (also known as Prothrombin Factor II) thrombophilia. I was adamant with my family; my mother, father, brother, and sister, to get genetic testing. My mother tested negative. My brother and father are both positive. My sister, Angela, found herself in a tug-of-war battle trying to get her insurance company to pay for the testing. They consistently denied her claims even though she gave them the results of my blood work. My sister had not had any surgery, nor had she been on a long airline flight, and had not recently had a pregnancy or given birth. She was a mother much like me; living her life, providing for her family, and enjoying being a wife and mother.

Angela was here with us one day, and tragically, gone in the blink of an eye the next.

On July 5, 2008, Angela was battling allergy season in New Hampshire. She collapsed on the floor of her living room, regained consciousness for a short time, and then her heart simply stopped in the ambulance as it reached the parking lot of the hospital.
My brother-in-law still kicks himself for not being able to “see” what was wrong with Angela. Since she was having severe allergy problems, her breathing difficulty was attributed to that. I’ve tried to remind him many times that my symptoms were also “cast off” as problems with my asthma, even though I had no presence of wheezing and did not have any problems breathing before surgery. I try to emphasize that one of the top liver transplant surgeons in the United States MISSED my symptoms completely, discharging me with 70 percent O2 levels and an oxygen tank.
That does not alleviate the pain of losing your beloved wife of 16 years and it certainly brings no comfort to the five children she left behind. Her eldest was serving in the U.S. Navy in Iraq at the time of his mother’s death, and her second son was ready to celebrate the 1st birthday of his own son (Angela’s first grandchild). Now, her 3 daughters, ages 14, 11, and 4 have to learn to live anew without their mother. It shakes me to the very core of my being realizing that my nieces will not have her there for their first date, their prom, graduation, or wedding. The youngest won’t even have her mommy there for her very first day of school; something that raced through my mind in those moments when my own daughter grasped my fingers so gingerly that night in the ER and begged me to stay with her.

Our fears now shift to our children, and the terrifying concern that we have passed this silent killer on to them. I recall how difficult it was for us to have our daughter; never knowing at the time that the recurring miscarriages were caused by my blood disorder. I am determined, like a mother lion, to not allow this silent stalker of thrombophilia to steal my daughter away from me…it has already cost me far too much in taking my beloved sister

In Memory of Angela

Blood Clots
Deep Vein Thrombosis (DVT) or Pulmonary Embolism (PE) causes more than 100,000 deaths in the United States every year.
These include men, women, and children of all ages.
Sadly, these numbers continue to grow.
The good news is that with education and awareness, many blood clot-caused deaths can be prevented.
Please donate today to help us Stop The Clot and save lives! 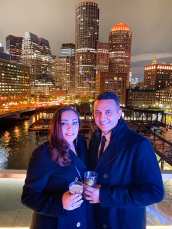 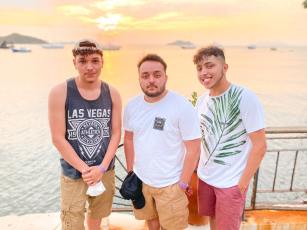